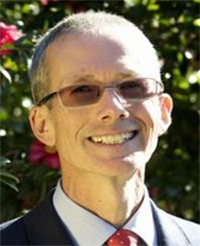 Prof. Tim Entwisle, Director and Chief Executive of the Royal Botanic Gardens Melbourne has agreed to take on the role of Patron of the Friends of the Ballarat Botanic Gardens! He brings a wealth of experience and expertise.

Tim is a highly respected scientist and scientific communicator with a broad interest in plants, science and gardens. Tim has been Director of Conservation, Living Collections and Estates at the Royal Botanic Gardens Kew.

He has worked as a scientist and senior manager in botanic gardens for over 20 years, and before that as a Post-doctoral Fellow at The University of Melbourne. While working as a botanist and later Manager of Research at the Royal Botanic Gardens Melbourne he co-edited and contributed to the four-volume Flora of Victoria. He then moved to Sydney to become head of science and eventually Executive Director of Sydney’s Royal Botanic Gardens and Domain Trust, a role he held for eight years before moving to London.

Tim is the author of over 70 scientific publications, including three books. Outside work Tim enjoys kayaking, reading (pretty much anything that is well written) and walking (pretty much anywhere). He also retains a life-long interest in Dr. Samuel Johnson and indie music. Tim is almost a ‘local’ having been born in Nhill in 1960!